Halong Bay, the last real stop of the trip. The bay is a UNESCO World Heritage site. Ten years ago there were fewer than one hundred boats on on the bay. Now a thousand boats float among the karst outcroppings everyday. Halong means descending dragon. Legend has it that a dragon descended into the bay swinging it’s tail and breaking the rocks into hundreds of small islands. If it is true a picture is worth a thousand words I’ll let the pictures speak for themselves. The boat also stopped at a cave called paradise cave by the tour guide.

On the bus trip to the bay the tour guide reviewed some of the history of Vietnam. The French played a large role in the modern development of the country. They colonized the country and developed large rubber plantations. The architecture, bread and coffee are part of the French legacy but the biggest contribution is the roman alphabet. 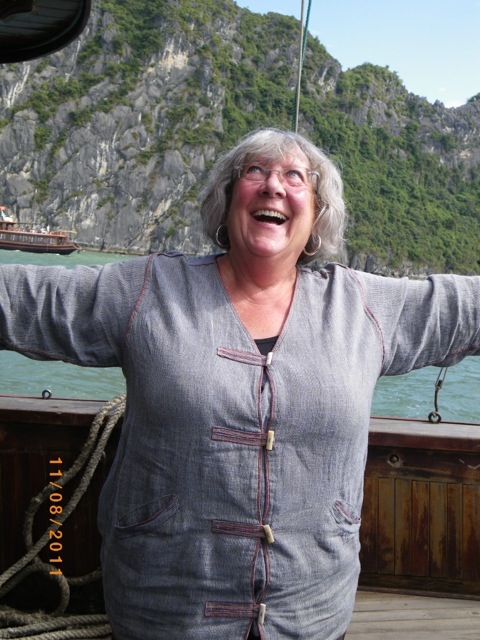 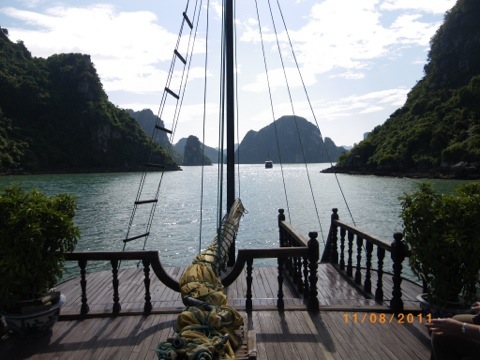 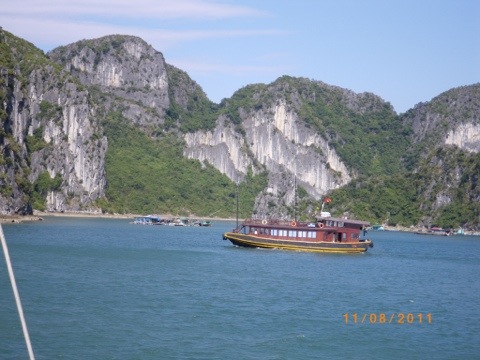 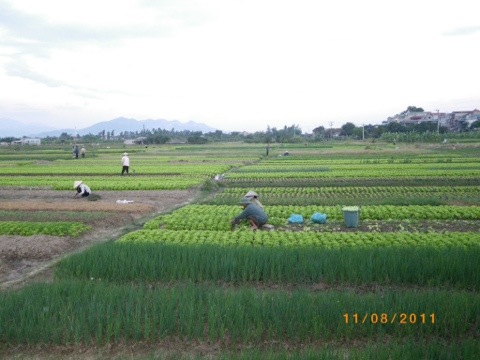