Thursday we toured Old Delhi, one of the early capitals of India. Old Delhi is close to what my mind saw as my pre trip notion of India. Streets packed with honking cars darting in and out of traffic. People pushing their way through the streets. Homeless along the edges of streets and roads. Bright coloured clothes, street vendors and dusty streets. I didn’t expect people stopping us on the street and asking to take a selfie with us, well with Sally, the blonde in the group.

Our first stop was Jama Masjid, the mosque built in the 1600’s. About 20% of India’s population is Muslim. As we left the Mosque we walked through the city to get a feel for the commercial center. Our next stop was the Red Fort, the historic military center built by the creator of the Taj Mahal. It was built with red sandstone throughout. Originally it was surrounded by a moat. Today it is a UNESCO World Heritage site and large park.

The last stop for the day was Raj Ghat, the cremation site of Mahatma Gandhi. It is a somber black granite table with an eternal flame, the large piece of land surrounding the site is now a park.

In the evening we went on the Delhi Street Food Tour. I was a little nervous about this night time adventure, how many times have I been warned not to eat street food while traveling. It may end up as one of the top ten adventures of the trip. We wove in and out of alleys, thru crowds, around construction barriers, stopping only when the guide stopped at vetted food vendors. He would buy us a small small of food and then we would move on. Kebabs, butter chicken, and fresh Indian Ice’s were my favourites. One of the last stops was in a dark alley up the stairs to the flower market where marigold heads, rose blossoms and other flowers were being prepared for delivery to street vendors.

India Gate is the the memorial to all the soldiers who have died in battle. Beyond that is an empty domed memorial where a large statue of King George once stood.

The Qutb Complex was built when the Muslim Armies conquered India. To assert power they destroyed a Hindu complex and inserted Muslim culture. They broke heads off of statues to comply with the Muslim laws against human figures in art. They buried bodies in tombs, to desecrate the area by defying the Hindu rules about creamation. Then they built a built a five story minaret to tower over everything. It is a lovely complex that blends parts of both cultures.

Built in 1565, Humayun’s Tomb was commissioned by the the Mughal emperors wife. It later Inspired the TAJ Mahal.

Major shopping was also sandwiched in before ending the day with High Tea at the grand Imperial hotel. 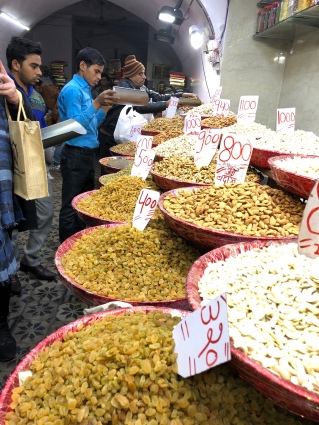 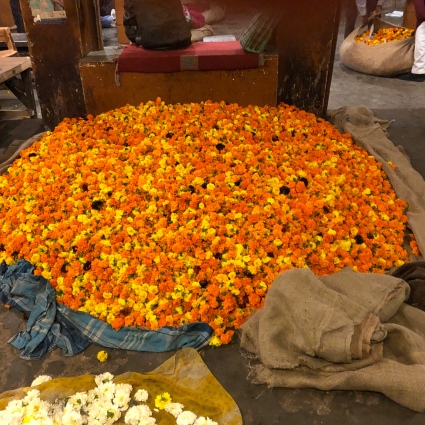 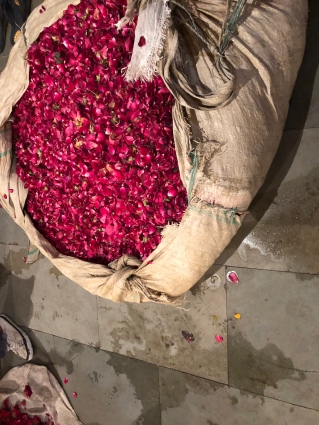 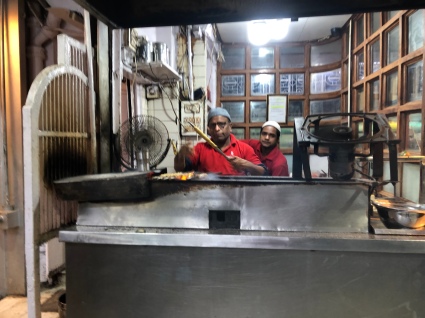 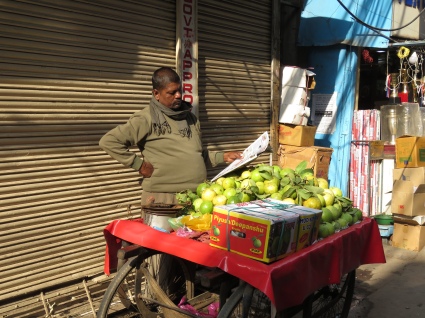 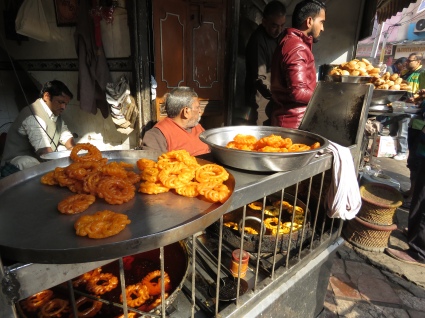 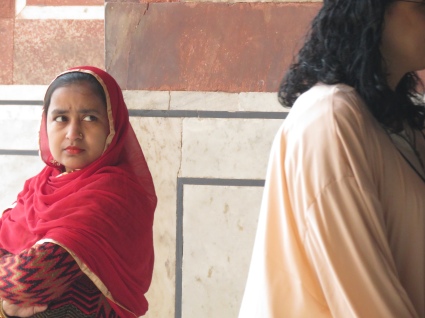 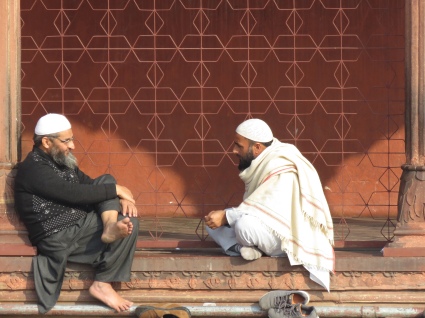 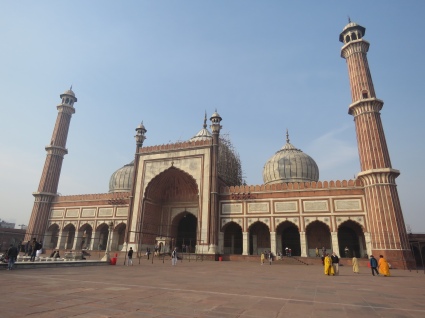 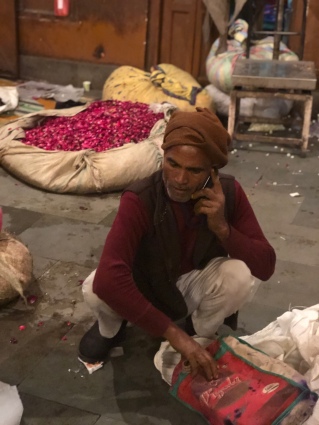 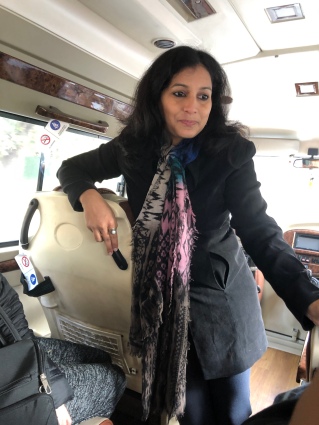 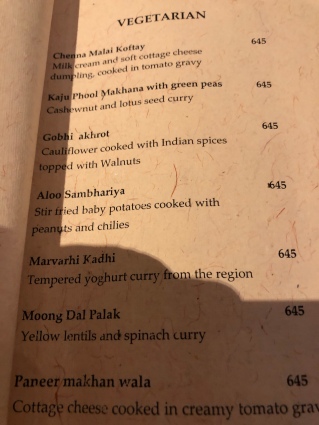