Today we went up into the mountains to visit the an olive oil factory. As we neared the town, we picked up our guide Miquel. Miguel is ”running” for mayor of his small town and everything is a big campaign promise or photo op.

Our first stop was a bar for the ”traditional” mountain breakfast of coffee and brandy, it sure takes the edge off and adds humor to everything. On the way to the factory, the mayor announced breaking news. The olive oil factory we passed had just taken third place at an international olive oil festival.

Further up the road we stopped to see an olive tree that is 1853 years old. We also saw a holm oak tree which produces the acorns that the wild pigs graze on.

The mountains and houses along the way were inviting.

At the olive oil factory we observed the entire process. The olives are hand picked or shaken off the tree with a stick, loaded onto a truck and taken to factory. The olives are crushed and spun to remove the oil which is filtered before bottling. The tanks are cleared on the crushed olives which are moved to a second factory to make virgin olive oil.

Brexit is causing concern here. There are 700,000 Brits, in Spain, mostly retirees, many own properties. There are 100,000 Spanish people, students, workers in Britain. Gibraltar is owned by the Brits, countries all over Europe have companies there and enjoy tax-free status. In less than a year all hell will break lose across Europe as Brexit takes effect.

Sunday, 15 of us moved closer to Gibraltar. On a clear day we can see it and the coast of Africa from the hotel. We spent the afternoon at a beach bar enjoying the sun. 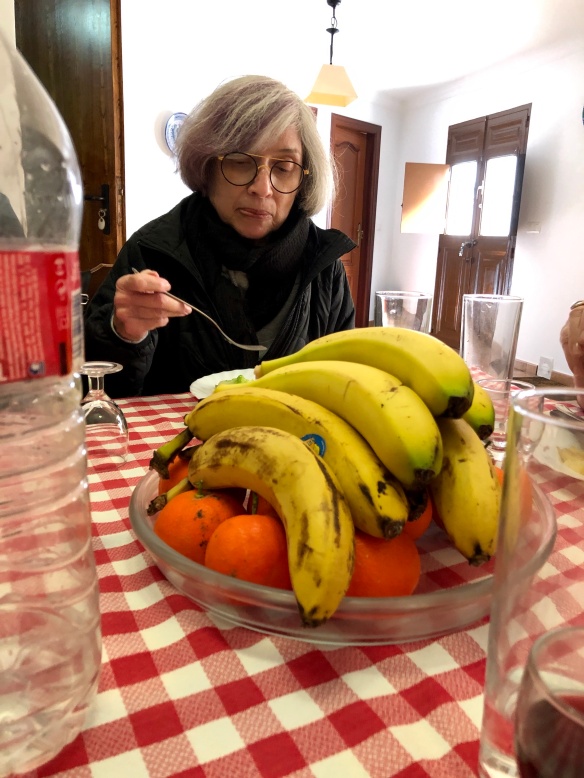 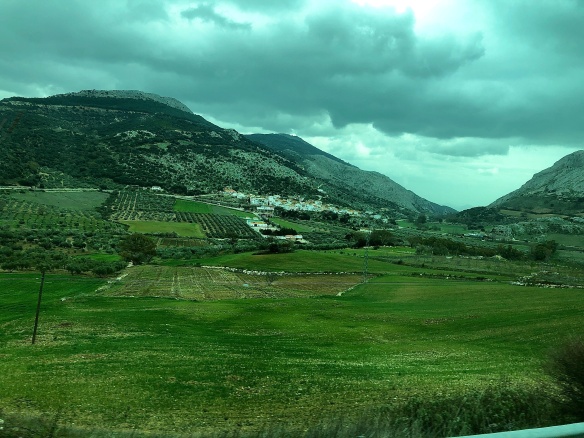 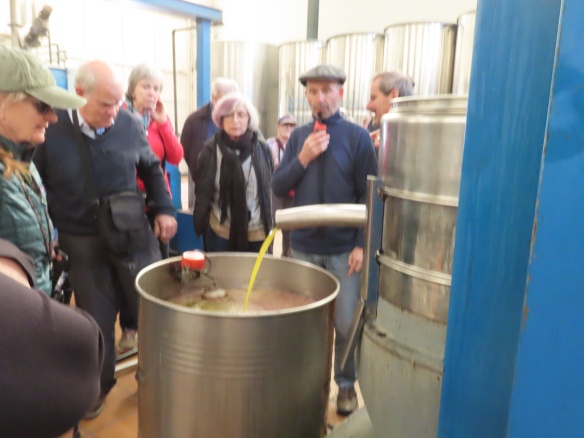 4 thoughts on “The Mayor and Olive Oil”